Posted by OLADIPUPO MOJEED on November 20, 2020 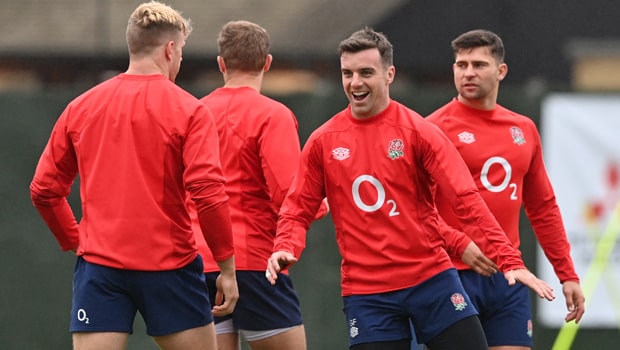 Ahead of the Autumn Nations Cup match between England and Ireland on Saturday 21 November at Twickenham, Owen Farrell will be keeping the number shirt as fly-half George Ford will start on the bench on his return from an injury.

If not that Ford recently returned from injury, the head coach Eddie Jones prefers him in that role. The coach usually pairs the duo when fit.

Jones will also pair flankers Tom Curry and Sam Underhill in the back row. This was the pairing that he went for during the World Cup. The coach also returned Props Mako Vunipola and Kyle Sinckler to the starting XV.

England’s backline remains unchanged from the 40-0 victory against Georgia last weekend. So, center Ollie Lawrence reyai9ns his place as he makes his second international start.

Maro Itoje won’t be playing as a flanker this time around. Unlike his pairing with debutant Jack Willis during England’s Autumn Nations Cup opener, he returns to the second row.

After helping become Six Nations champions against Italy, the Exeter lock Jonny Hill will be on the bench.

Having started at 10 for England in their first four Six Nations matches at the beginning of the year, Ford was ruled out of the Italy and Georgia after undergoing treatment on a long-standing Achilles injury.

England is currently at the summit of their Autumn Nations Cup pool. This will be their most challenging Test since the return of international rugby.

Ireland is also going into the England clash on the back of a 32-9 win over Wales last week. They also make four changes for their trip to Twickenham with fly-half Ross Byrne replacing injured captain Johnny Sexton.