Dan Carter: Lions are good enough to beat All Blacks 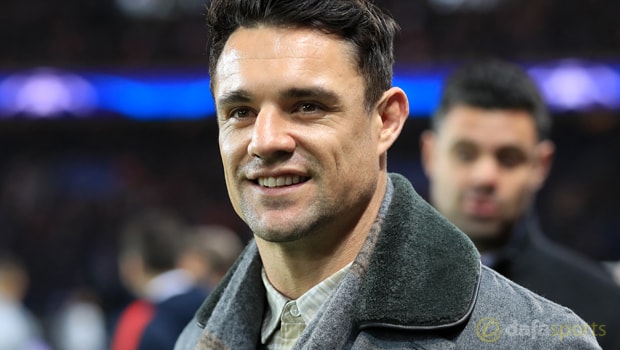 All Blacks legend Dan Carter believes the British & Irish Lions are good enough to win in their tour of New Zealand this summer.

The Racing 92 fly-half was part of the All Blacks line-up that whitewashed the Lions 3-0 when they last ventured to New Zealand in 2005.

Carter turned in a stunning performance in the second Test at the Westpac Stadium in Wellington as his side claimed the series with a 48-18 victory and he landed a record 33 points on the night.

He is now urging the current All Blacks crop to grasp the moment when the Lions come calling, with Carter asserting that facing the tourists is a ‘once in a lifetime’ moment for any player in black.

“As a New Zealander there is something really unique about a Lions series, obviously it only comes round once every 12 years,” said Carter.

“In your All Black career, you’re pretty fortunate to be part of a Lions series. I just want to make the most of it.

“I was pretty young and carefree back then so I tried a few things and they managed to come off that night in the second Test.”

Carter will be looking in from the outside when Warren Gatland’s Lions arrive next month and while he hopes to see more All Blacks success, he has warned his countrymen that the Lions are capable of an upset, especially if their forwards can gain some dominance.

“The forwards have to get up and dominate the All Black pack and if they do that you’re shutting down some pretty dangerous backs in the All Black back line,” he added.

“It’s pretty clichéd in rugby terms but that’s where it starts and finishes.”

When asked if he believed the Lions will beat the All Blacks, Carter replied: “Hopefully not. Can they? Yeah, they’ve got a great team.