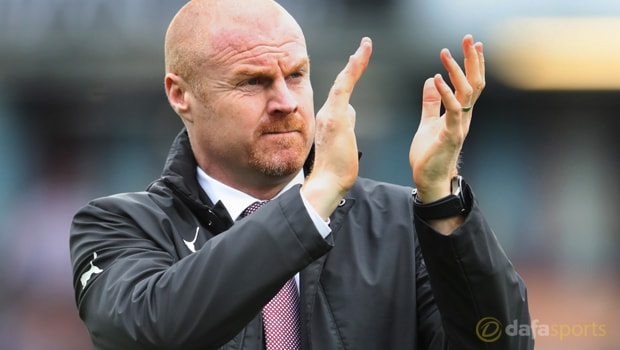 Burnley boss Sean Dyche believes his side have improved over the course of the season but he feels they can develop further.

The Clarets reached the 40 point mark with a 2-2 draw at home to West Brom on Saturday and are now virtually safe, as they have a six-point lead over 18th-placed Hull City with a vastly superior goal difference.

Burnley were beaten 4-0 at Albion earlier in the season and Dyche feels last weekend’s result against the Baggies demonstrates their improvement as the players have continued to adapt to the Premier League.

However, Dyche wants his squad to continue to push themselves and stressed he will not allow performances to dip despite the fact relegation is no longer a concern.

“It means there’s growth in the players, over a season the mindset has changed,” he told the Lancashire Telegraph.

“West Brom did us out of town at their place, well you can clearly see there’s a big shift from then, so that means the players are growing and are more used to what it is to be a Premier League player.

“That’s a difficult thing for players, to feel more assured in the Premier League, because you’re playing against players that are better than you’re used to normally, and that’s no disrespect to the Championship, which is a fine league, but there is a gap.

“I’m very pleased with how he players have adjusted, to learn to where they are now, but it’s got to continue.

“We still want to go out and give good performances this season because it’s important, it’s part of our mentality, how we go about our business.”

The Clarets head to Bournemouth on Saturday in search of back-to-back away wins, having ended their win-less run on the road at Crystal Palace at the end of April.