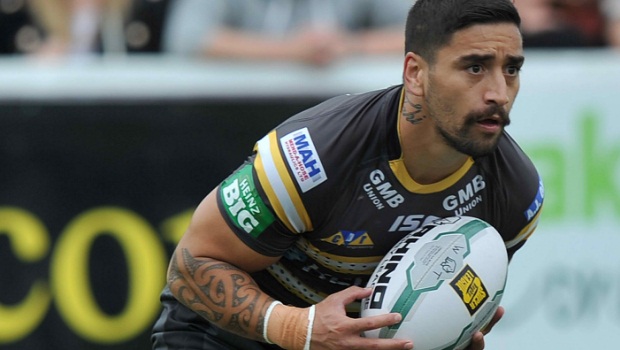 Rangi Chase is looking ahead to pulling on an England Rugby League shirt despite being from New Zealand.

The stand-off, who is moving to Salford from Castleford during the close season, is in the England squad for the forthcoming World Cup despite having lined up against them twice in the past for New Zealand Maori and the Exiles.

Chase, who is currently training with Steve McNamara’s squad in South Africa, caused a stir when he switched allegiance two years ago on residency grounds but he has now discovered some English roots and is hoping that may go some way to appeasing those who do not think he should be playing for England.

“One of my aunties has given me my family tree and it actually comes from England,” Chase said.

“So, in a way, I’ve got that English blood in me. It might only be a little bit but it’s in there and it’s a big honour.

“I’ve got my own personal reasons why I play for England,” he added, following a week where Arsenal’s Jack Wilshere launched a debate about sporting nationality by saying only English players should play for the England football team.

“Even before then, it was a big honour but it makes it a bit more special to know that I’m linked, I’m tied, I’ve got a bit of English blood in me. It means a lot to me. I’m passionate about where I come from and my ancestors.

“There is always going to be doubt and people are entitled to their own opinions but it makes it extra special because the name Chase is an English name.

“I believe everything happens for a reason. I believe I should be here and I’m grateful for that.”

The World Cup, hosted by England and Wales, starts on Saturday, October 26 when England, who finished third in the last competition in 2008, start their campaign against Australia in Cardiff.