World Cup 2014: Work to be done for England – Roy Hodgson 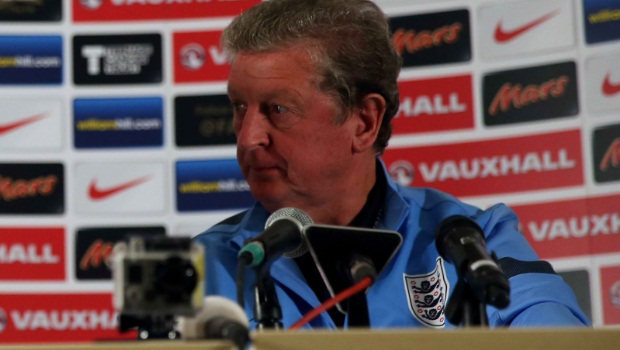 England coach Roy Hodgson is trying to keep players’ and fans’ feet on the ground following a 4-1 win over Montenegro on Friday night by claiming the job is only half done.

Poland’s defeat to the Ukraine means that England can still be pipped at the top of the group unless they beat the Poles at home on Tuesday.

Hodgson said: “We know what we need to do. If we want to qualify directly we must beat Poland and this will be a very difficult game.”

The 66-year-old went with a bold attacking selection on Friday night and it paid off as Tottenham winger Andros Townsend, 22, took the man-of-the-match honours on his full debut, scoring England’s third goal in an outstanding display.

“I always back the players,” said the former Fulham, West Brom and Liverpool boss. “I trust them. We are unbeaten in nine games in qualifying and I think we are quite capable of going unbeaten through the 10th game against Poland.

“With all the talented individuals we have I have got to back them – I would be foolish not to.”

Earlier in the day Ukraine had dispatched Poland to keep their hopes alive of topping the group and England know they cannot expect any favours from lowly San Marino next week so victory is essential to their hopes.

Meanwhile Hodgson was delighted with the display of all his young team but singled out Townsend for special praise.

“Andros made a big impact,” added Hodgson. “He must be delighted with that because it can’t be easy for a young player making his debut for England in a game of that nature.

“He deserves the credit. He played with a calmness and composure that I have seen him play with at QPR and more recently at Tottenham and I was fortunate he was able to reproduce it.”