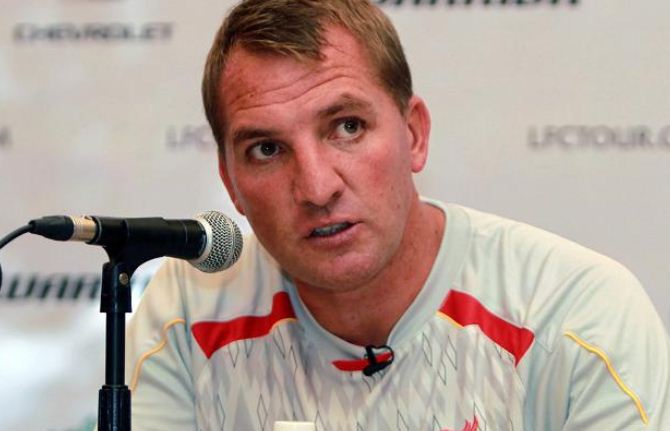 Liverpool boss Brendan Rodgers says he is planning for life with Luis Suarez in his side and expects the striker to stay at Anfield.

Speculation has been rife that Suarez will be on the move this summer after he made it clear he wants to move on to pastures new.

Arsenal have failed with a bid in the region of £30million, while Chelsea and Real Madrid have also been heavily linked, but Rodgers says until a club matches their valuation there is nothing to consider.

Rodgers was speaking after Liverpool touched down in Australia ahead of Wednesday’s friendly with Melbourne Victory and insists he is under no pressure to sell.

“Yes, very much so,” Rodgers said when asked whether he expected Suarez to still be a Liverpool player next season.

“There’s been a lot of speculation over the course of the close season but the reality is that he’s a player who is very much valued at Liverpool and unless there’s any sort of offer that comes in that’s anywhere near his value, there’s nothing to consider.

Rodgers insists he is calm regarding the future of Suarez but says it is only natural that he will speak with the player in the coming days and weeks now that he has returned from international duty.

“As we’ve always been as a club, I’m quite relaxed about it. He’s an integral part of our squad,” he added. “We’ll chat at some stage, like I do with all the players.