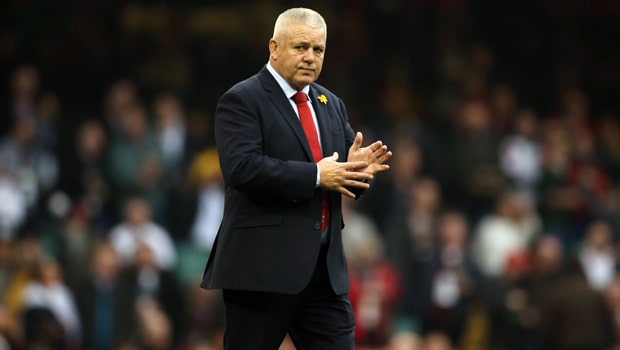 Warren Gatland has rubbed salt into the wounds of England as he questioned the ability of Eddie Jones’ side to perform on the biggest stage.

Wales halted England’s winning start to the Six Nations on Saturday in Cardiff, rallying late for a 21-13 success at the Principality Stadium.

Tom Curry’s first international try helped England into a 10-3 half-time lead but Wales piled on the pressure in the second half.

Cory Hill smashed over from close range following a multi-phase siege on the England line and Josh Adams sealed a famous win late on after impressive work from replacement Dan Biggar.

Wales now have three wins from three in the Six Nations and are the final candidates for Grand Slam glory this term.

England were hugely impressive in defeating Ireland and France in the first two games, admits Gatland, but the Kiwi felt Jones’ side could prove vulnerable as the stakes were increased.

“England were outstanding in the first two games,” he said. “I look back on England in the last few years.

When it’s really mattered, I’ve questioned whether they can win these big games. “We’ve had a record of being pretty good in them.”

Saturday’s triumph was a record 12th in succession for Wales but Gatland isn’t about to start talking up hopes of a third Grand Slam in what is going to be his final term in charge before he leaves after the World Cup in Japan in the autumn. “It would be nice,” Gatland said.

“I try not to get too far ahead of myself. “Everyone was writing us off before so we’re just happy to come under the radar. We’re not talking ourselves up. There’s a long way before that comes.”

Wales are now 3.00 to win the Six Nations crown this season, with England remaining favourites at 1.75 despite their loss in Cardiff.