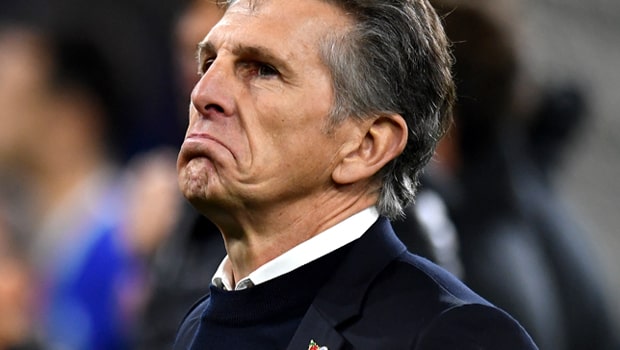 Leicester City on Sunday confirmed the sacking of manager Claude Puel after 16 months in charge at King Power Stadium.

Puel’s future as Foxes boss had come under increasing scrutiny in recent weeks in the midst of a poor run of results.

Saturday’s 4-1 home defeat to Crystal Palace, a fourth successive loss on home soil and Leicester’s fifth in six games, proved the final straw. The 57-year-old departed with Leicester in 12th spot in the Premier League table.

He had steered them to a ninth-place finish in his first full season as boss but Leicester City are now looking for their fourth permanent manager in 23 months since the departure of Premier League title-winning boss Claudio Ranieri.

Puel’s side conceded the first goal in 19 of their 27 league starts and the club felt there was no alternative but to call time on his stewardship.

A statement on the club’s official website read: “Leicester City Football Club has parted company with Claude Puel, who leaves his position as first-team manager with immediate effect.

“The club would like to thank Claude for his efforts in leading the team during his 16 months in the role and wish him well in his future career.

“First-team coaches Mike Stowell and Adam Sadler, supported by the club’s established backroom staff, will assume responsibility for the senior squad while the club begins the process of appointing a new manager.”

Leicester are 1.91 to beat Brighton on Tuesday evening. The Seagulls are 4.33 to win, with the draw 3.50 for the King Power Stadium clash.