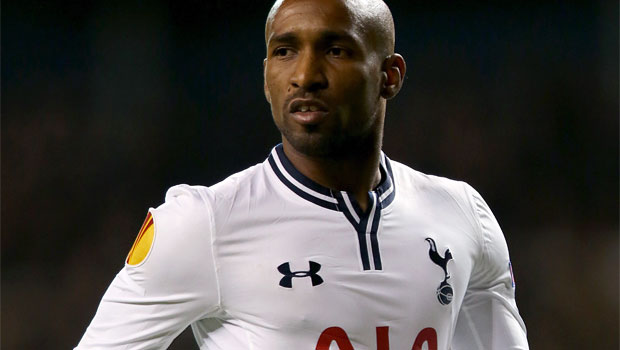 Jermain Defoe has admitted he is frustrated by his lack of opportunities in the Premier League this season but the striker still insists he does not want out of Tottenham.

The England international has made just one start in the league so far as he has been mostly used off the bench by boss Andre Villas-Boas, who has preferred summer signing Roberto Soldado as his main frontman.

Defoe, who has made seven substitute appearances in the league but is yet to find the net, has impressed in the Europa League and Capital One Cup when given a chance, scoring nine goals in seven appearances in those competitions.

He has been linked with a move away from White Hart Lane in the January transfer window and Newcastle are among several clubs closely monitoring his situation, should AVB decide he can move on.

However, the former West Ham and Portsmouth man says while he wants more game-time in the league, he will not push for a transfer.

“Of course it is frustrating that for all the goals, I have not had much of a chance in the Premier League,” he told the Daily Express.

“Fans ask me all the time, but I don’t need to tell anybody I am frustrated. That is just normal. People know I love my football, and I love scoring goals. When I am not getting the opportunity to do that, it is frustrating.

“But I have never once said I wanted to leave this football club. All I will say is that I want to play. I would rather say to the gaffer, ‘give me a chance’. I don’t want to go to him and say, ‘I am leaving the club’. I love the club and everybody knows that.”

Defoe was forced out of Spurs once before, when he was sold by Juande Ramos in January 2008, but he returned less than a year later and remains a firm fans’ favourite despite often not being first choice.

The 31-year-old added: “I have got a special relationship with the fans and even when I left before, the club dentist called me during a Spurs game so I could hear the fans were still singing my name even when I was a Portsmouth player. I will never forget that.

“I came back and it has been great. If the day came when I have to go, it would be hard. All my friends are here and every game I play, when I put that shirt on, it feels like the first game.”