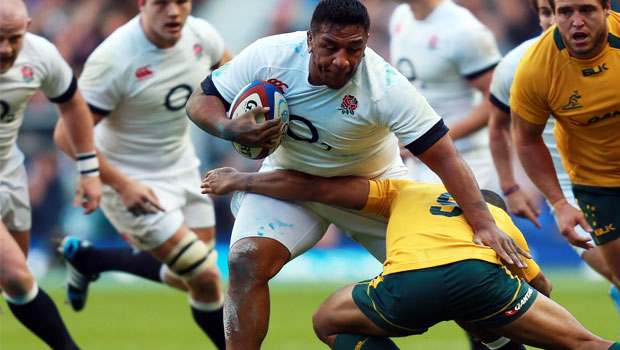 England have again been hit by the loss of prop Mako Vunipola for Saturday’s autumn international against New Zealand at Twickenham because of a knee injury.

Vunipola missed last weekend’s 31-12 victory against Argentina because of the injury and head coach Stuart Lancaster was hoping to have him back for what is expected to be the toughest Test of the autumn.

But the game has come too soon for him to be involved against the All Blacks.

The positive for England is that Joe Marler, who replaced Vunipola against the Pumas, is expected to recover from concussion in time to face the reigning world champions.

Lancaster said: “Mako won’t be playing. Joe’s going through the mandatory recovery for concussion, but we’re hoping he’ll be OK.”

Marler is expected to start on the bench if he is fit as Alex Corbisiero is poised to get the nod against New Zealand, while scrum-half Ben Youngs has been given the all-clear from a hip complaint.

Wing Marland Yarde is also set to recover from a hip problem to feature in Lancaster’s plans, but Christian Wade is set to miss out because of a tight hamstring.

New Zealand defeated France 26-19 in Paris on Saturday and they will look to avenge the only loss in their last 33 matches against England last autumn when their virus-hit side crashed to a 38-21 reverse at Twickenham.

However, Lancaster is confident England can cause them problems having already defeated Australia and Argentina this month as they search for a 10th victory in 11 matches.

“I’m sure they’ll be motivated to play this game, they have an outstanding record this season and will be keen to finish off this northern hemisphere tour with two wins,” he said.

“All I can control last year was our performance and I feel we performed well.

Lancaster added: “There’s certainly been no drop off in standards since the World Cup [in 2011].

“If anything, they’ve gone up another level. They are rightfully number one in the world.”