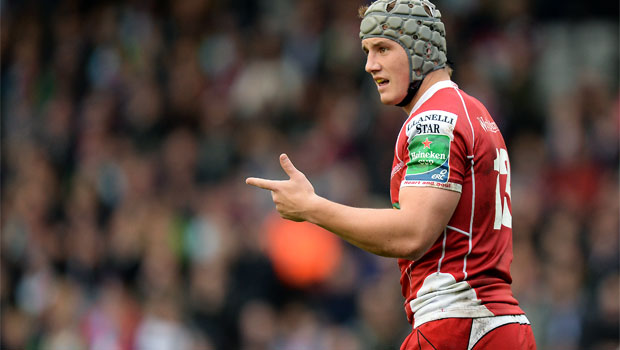 Clermont Auvergne have agreed a deal to sign Wales and Scarlets centre Jonathan Davies on a two-year contract with an option of a further 12 months.

The 25-year-old, who has won 37 caps for Wales and also played in all three Tests as the British and Irish Lions won in Australia earlier this year, becomes the latest Welshman to depart his homeland for the French Top 14.

Davies will be reunited with fellow compatriot, full-back Lee Byrne, at Clermont, while James Hook and Luke Charteris are at Perpignan and Welsh duo Jamie Roberts and Dan Lydiate ply their trade for Racing Metro.

On the deal to sign Davies, who will link up the French outfit in July, Clermont sporting director Jean-Marc Lhermet told the club’s website: “We can only be delighted to welcome Jonathan.

“His profile fits perfectly to the game that we practise. Despite his young age, he has a huge experience of high-level matches and is one of the world’s best players in his position. He will be an asset to our team.

“Jonathan decided to leave Wales for a new adventure, and we are happy that it is with the ‘yellow and blue’.

“In addition to his class, he has determination to help us win new titles in the years to come.”

In the meantime, Davies is facing a spell on the sidelines because of a pectoral injury which forced him out of Saturday’s Test match against South Africa.

Wales have confirmed that he will miss their remaining autumn encounters with Argentina, Tonga and Australia, while he could also be ruled out of next year’s Six Nations if he requires surgery on the problem.