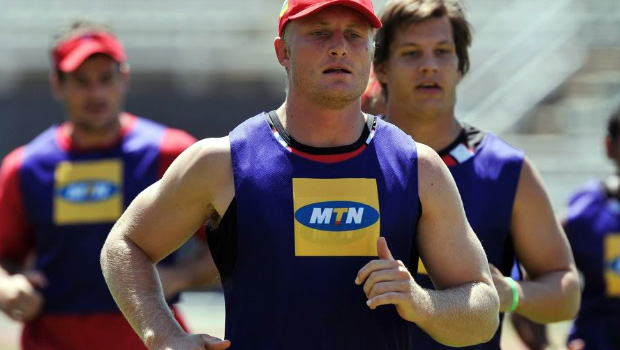 Uncapped lock Franco van der Werwe has been recalled to the South Africa squad for the Championship decider with New Zealand on Saturday.

At the age of 30, van der Werwe is still waiting for his first Springboks cap, despite having been called up to the squad on numerous occasions.

The Golden Lions forward gets his chance as ironically his namesake Flip van der Werwe is suspended after being found guilty of striking Australia winger Joe Tomaine during the 28-8 win in Cape Town at the weekend.

Now the action moves on to Ellis Park in Johannesburg as South Africa bid to seal the Rugby Championship by making it five wins from six matches, and apart from van der Werwe, coach Heyneke Meyer has the luxury of choosing from the same squad that was named for the Australia match, although inside centre JJ Engelbrecht will face a fitness test on a quad muscle knock picked up against the Wallabies.

The squad includes three other locks, Pieter-Steph du Toit, Juandré Kruger and regular starter Eben Etzebeth, so van der Werwe is not certain of a place in the starting 15, but does have the benefit of being included in the set-up before.

“Losing any player, for whatever reasons, is never ideal but Franco knows our structures and plans very well, having been part of the squad since June last year,” said Meyer.

South Africa must win by more than seven points and score four tries in the process to wrestle the title from the All Blacks, who have won all five matches so far including a 29-15 victory over the Boks at Eden Park, Auckland.