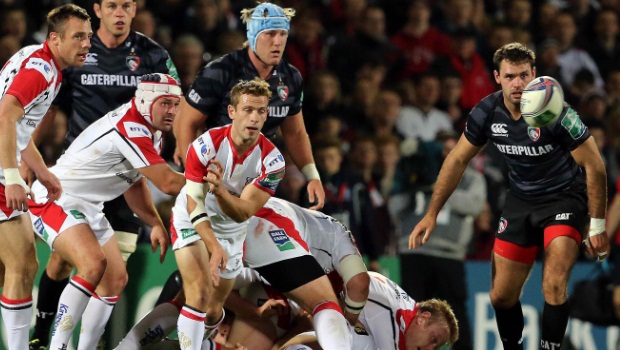 Leicester Tigers will hope to make it third time lucky when travel to Ulster in their opening Heineken Cup fixture.

The Tigers have bad memories of their last two visits to Ravenhill, having lost heavily both times and managing only seven points in all.

They approach this evening’s Pool 5 encounter on the back of a solid if unspectacular start to their Aviva Premiership, having won three out of five to lie in third place behind Saracens and Northampton Saints.

They will be without Tom Croft and Steve Mafi, but can call on the physical presence of second rower Ed Slater, while Manu Tuilagi, Mathew Tait and Anthony Allen are also absentees.

For the hosts, influential prop John Afoa is out, and it has been suggested that the 2012 finalists are not as strong this season. However, they will be able to call on the fact that it was them who inflicted on the Tigers’ their heaviest ever Heineken Cup defeat with the 41-7 mauling the last time the sides met 21 months ago.

History is against Leicester, and they know that defeat tonight means that in all probability they would have to then beat Montpellier both home and away to stay on track for the quarter-finals.

Tigers scrum-half Ben Youngs was one of those that suffered the heavy defeat to Ulster, but he is confident that they can come away with a result tonight.

“Our performances have not been where we want them to be and that has been frustrating for both players and coaches,” he said.

“When the big games come along though, a lot of guys will step up and the big performances will come.

“The crowd is a vocal one at Ravenhill but it is no more than a lot of guys are used to. At the end of the day, it’s a stadium with a pitch in the middle of it.

“We know that when the crowd gets going, it gives them momentum and we need to silence them by playing in the right areas – that is something we have not been doing recently because we have been coughing up the ball.

“Playing sides like Ulster is about winning the territorial battle and putting them under the cosh.

“This is a tough old pool and playing Ulster away first up is a tough start.”