Posted by Vincent Henderson on October 11, 2013 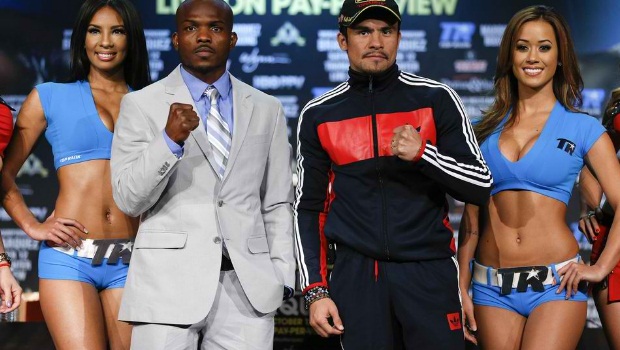 Marquez, now aged 40, caused a sensation last December with a sixth-round knockout of the younger Manny Pacquiao, after which many thought he would retire.

However, he was not able to claim the world welterweight title with that victory, as Pacquiao had earlier lost it to Tim Bradley in what was a controversial result, with Pacquiao thinking he had done enough to outscore his opponent.

Now ahead of his bid to get past Bradley, Marquez, who has the strength and physique many younger boxers would envy, has dispelled any rumours that he has resorted to performance enhancing drugs to beef up his upper frame in particular.

“I changed my routine the last two years, I’m doing a lot of things differently, things I’ve never done before. For 18 years it was the same type of training. Workouts, the technique, which I still do, the boxing training, ” he said.

He will have to be at the very top of his game though to put an end to Bradley’s unbeaten record that reads 30 wins, 12 KO’s and no losses.

Marquez also paid a compliment to Bradley, rating him a better boxer than Pacquiao.

“I see Bradley as a more complete fighter,” he said.

“He has more technique, he knows what he’s doing in the ring. Pacquiao is just more aggressive. But Bradley knows how to move inside the ring, and he’ll change, sometimes he’ll go lefty, sometimes he’ll go right. I think Bradley has a little more in his repertoire.”

Marquez has hinted that he may finally hang up his gloves if successful on Saturday.