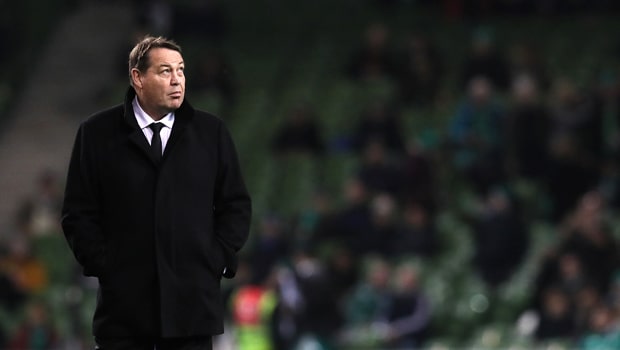 Steve Hansen has confirmed that he will step down as All Blacks coach following next year’s World Cup in Japan.

The 59-year-old has been involved with the New Zealand team since 2004, first as an assistant to Graham Henry and then as head coach from 2012, and has enjoyed an unrivalled record in the professional era, winning 85 of his 96 games in charge.

New Zealand will bid for a third straight World Cup win in the Far East in the autumn of 2019, but that will mark the end of the road for their coach.

Hansen told a packed news conference in Auckland that he had decided to make the announcement early in order to halt questions about his future leading into the tournament.

“I’m finishing,” Hansen said. “I just think that after 16 years it is the right time to move on after the World Cup. It is the right thing for the team.

“Fresh eyes, fresh thinking, and I think that will be great in the enhancement of the legacy of the team.”

Local media reported that he might take on a director of rugby role with New Zealand Rugby, but Hansen suggested he hasn’t begun to consider what will be in store next.

“What’s next? I don’t know. So don’t ask,” he said. “I’m not focusing on what’s next. I’m just focusing on next year and retaining the Bledisloe Cup and winning the World Cup for a third time in a row.”

Hansen had signed a contract extension in 2016 to keep him in the role until March 2020.