Posted by Vincent Henderson on December 14, 2018 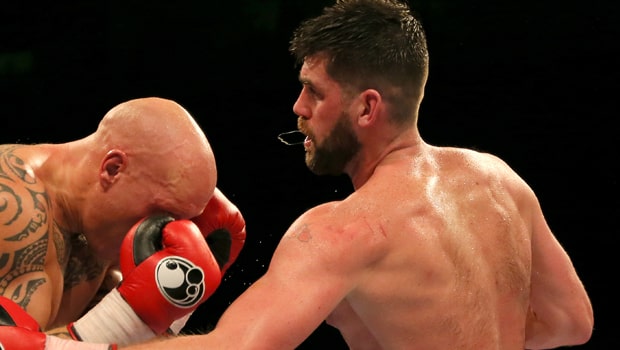 Saul ‘Canelo’ Alvarez says he has nothing but respect for Rocky Fielding ahead of their fight at Madison Square Garden on Saturday.

British fighter Fielding will put his WBA super-middleweight title on the line, but he is considered the underdog heading into the contest against ‘Canelo’, who is bidding for a belt in a third weight division.

‘Canelo’ is the current WBA and WBC middleweight champion following a draw and victory in his two fights against Gennady Golovkin, while he has only tasted defeat once from his 53 professional bouts, with that loss coming against Floyd Mayweather in 2013.

Fielding also has one loss to his name although ‘Canelo’ feels the Liverpudlian deserves more respect after he claimed the WBA super-middleweight title by beating Tyron Zeuge earlier this year.

“Perhaps many don’t give the credit to Fielding that he deserves, but he is a world champion for a reason,” Canelo told reporters.

Fielding, who will be fighting in America for the first time in his career, certainly seems happy to play the underdog role.

“I’ve had setbacks but kept positive and now my name is around [Madison Square Garden],” the 31-year-old said.

“No one gave me a chance in Germany [when I won my world title] and no one gives me a chance here. I’ve come here as a world champion.”