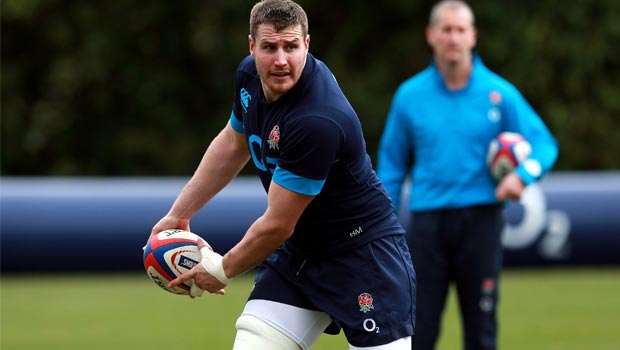 Ben Morgan has been named as England’s number eight for Sunday’s RBS 6 Nations clash with Wales, who will be without the injured Luke Charteris.

Morgan steps up from the bench to replace Billy Vunipola, who has been ruled out of the final two games of the championship after spraining his ankle.

Morgan has made an impact when coming off the bench in this campaign, and England head coach Stuart Lancaster has no qualms about putting him in from the start against Wales.

Meanwhile, Lancaster has also confirmed that Tom Johnson of Exeter will take his place on the bench.

“Ben has made an impact off the bench in the previous games,” England head coach Stuart Lancaster said.

“He has been pushing hard for the number eight shirt and now gets his opportunity, so we are looking forward to seeing him from the start.

“Tom has been outstanding for Exeter and gives us options off the bench as he has played in all three back-row positions for his club.”

In the opposition camp lock Charteris has been ruled out with a neck problem and will be replaced by Scarlets forward Jake Ball.

“Luke had a bit of a stinger with his neck on Wednesday in a scrummaging session,” assistant coach Rob Howley told reporters.

“He has come in today a little bit sore and we have taken the decision early to omit him.

“It is a great opportunity for Jake. I thought he was outstanding in the nuts and bolts of his game against France. He came through with flying colours.”