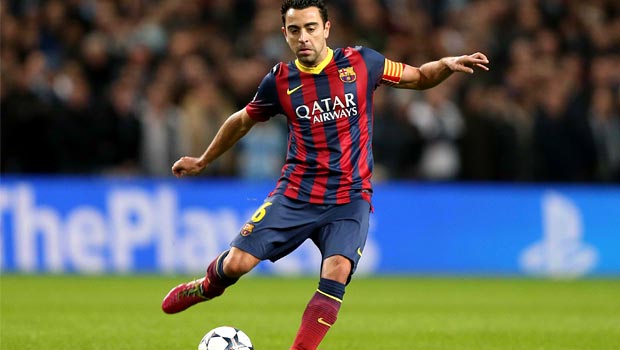 Barcelona midfielder Xavi Hernández has admitted he would like to stay with the club for the rest of his career.

The Spanish giants haven’t been at their sensational best throughout the current La Liga season, with some insisting that Xavi and Andres Iniesta are past their best.

Club captain Carles Puyol revealed earlier this week that he will leave Barcelona – 2.08 to win the La Liga title – at the end of the season.

However, Xavi is adamant that he will remain with the club as he eyes another successful season.

He told the Daily Mail: “I’d like to remain in football forever. It would always have to be with Barcelona.

“My heart and feelings are with the club. Right now, I love to play football siempre, siempre (always, always).

“When you’re a kid playing, you enjoy having the ball, don’t you? All I ever want to do is have the ball at my feet, bossing the game.

“I’ve been brought up with that style, it’s my football education. I can’t see any other way to play.”

Xavi is expected to start for Gerardo Martino’s side when they host Manchester City in the UEFA Champions League next week. They hold a 2-0 lead over City and Xavi is confident his side can go all the way in the competition.

He added: “We have an excellent generation of players. It’s really exploded and we have made history.

“But Barcelona can carry on winning trophies. This is a spectacular crop of players.”