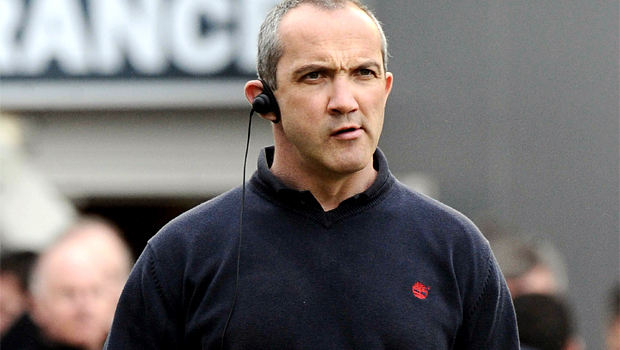 Harlequins boss Conor O’Shea says his side are desperate to reclaim the Aviva Premiership title in the upcoming campaign.

Quins lifted the trophy for the first time in their history in 2012, when after finishing top of the regular season standings, they carried their form into the play-offs to beat Leicester 30-23 in the Twickenham Grand Final.

However, the Tigers got their revenge last term, defeating Quins in the last four before going on to claim the title against Northampton.

The side from the Stoop did earn some silverware last term, lifting the LV= Cup in March, but despite being pleased with his side’s performances throughout the campaign, O’Shea was disappointed that they failed to retain their title.

The Irishman’s team begin their campaign against local rivals Wasps in the traditional season opening London double-header at Twickenham and they will be looking for a repeat of last September’s result, where they scraped a 42-40 win in one of the most dramatic encounters of the year.

O’Shea appears quietly confident going into the final few weeks before the start of the new campaign and has now stated that his team are desperate to reclaim the title.

“We had a really good year last year, but we want to get that champions tag back,” he told the Kingston Guardian.

“I am really looking forward to this season, probably more than last year when the weight of being the hunted as opposedto the hunter was on our minds.

“I love what I am seeing in training and I am very comfortable with our preparations ahead of the Wasps game.”