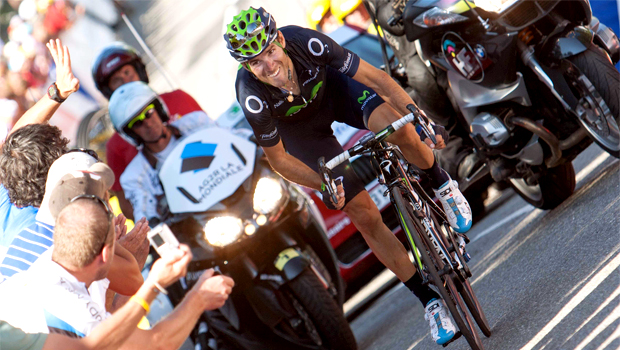 Alejandro Valverde says he is feeling strong going into the VueltaaEspana, which gets underway on Saturday in Galicia.

The Movistar rider starts the final Grand Tour of the year as one of the favourites, following a good performance at the Tour de France where despite a disappointing middle week, he finished strongly to eventually take eighth.

His performance was especially notable as after years of being a team leader, the 33-year-old sacrificed his own chances to aid rookie team-mate Nairo Quintana to finish second and take the Young Riders Classification.

Valverde will be back in the leader’s role for the Vuelta though, as he goes looking for his second victory following his triumph in 2009.

The race gets underway with a 27km time-trial between Vilanova de Arousa and Sanxenxo in the first of 21 stages which see the riders work anti-clockwise through the country, making stops in Andorra and France, before climaxing in Madrid on September 15.

Despite both Chris Froome and Alberto Contador not taking part, it is sure to be a highly competitive race, with Joaquim Rodriguez and Vincenzo Nibali also set to be up there.

Valverde has kept himself busy since the Tour, riding in the recent Clasica de San Sebastian and believes he is in good shape as he prepares for three weeks of hard racing.

“I’m feeling strong at the moment. I finished the Tour in good condition and could take some rest and start building up again,” he said.

“I kept on racing until San Sebastian, started recovering afterwards and felt rather well in the last training sessions. We all in the team feel confident and willing to get this started.”