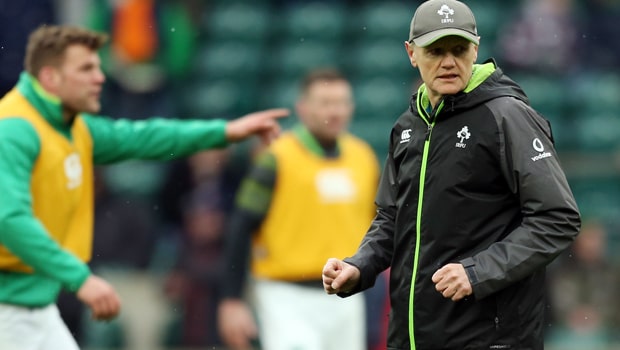 Ireland expect to know the future plans of head coach Joe Schmidt before the end of this year.

The New Zealander’s contract expires following the World Cup next year in Japan and the IRFU are keen for Schmidt to sign a new deal.

It is believed that the New Zealand union wanted him to take up a coaching role with the All Blacks before he signed his latest contract with Ireland in 2016.

Schmidt has been in charge of Ireland since 2013, while he previously coached Leinster.

He has expressed in the past that it is difficult being so far from his extended family in New Zealand.

Schmidt is due to name his squad for the upcoming games against Italy, Argentina, New Zealand and the USA on Wednesday and, following that series, clarity should be forthcoming.

“Joe has said that he’ll have a better idea as to where he’s at after the autumn internationals,” IRFU chief executive Philip Browne said.

“I would imagine by the end of the year we’d be in a position where we’d know what his plans are and that at least gives us the opportunity to get on with our plans.”

Schmidt has led Ireland to three Six Nations titles, including the Grand Slam this year, a series win in Australia and their first ever Test win over the All Blacks.

The Irish set-up must be braced for whatever decision the much-vaunted coach arrives at.

“He’s done a fantastic job and it’s not just about Joe, it’s about the people he has gathered around him,” Browne added.

“The reality is nobody can be indispensable. Having said that, it would be good if Joe stays. Equally, if he goes we have to deal with it.”

Ireland are 6.00 second-favourites to win the 2019 World Cup, with New Zealand 2.00 to retain their mantle.