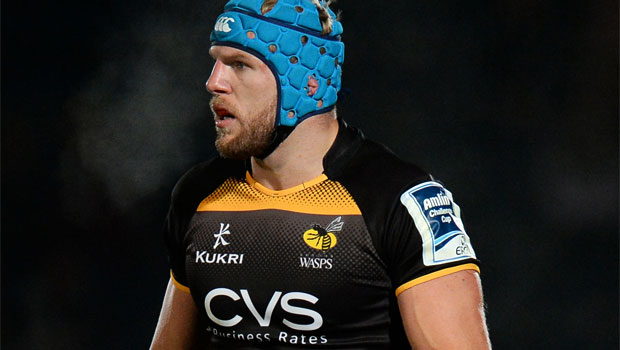 James Haskell is set to make his first appearance of the season after being named on the bench for Wasps’ Amlin Challenge Cup clash at home to Bayonne on Thursday.

Haskell has recovered from his troublesome knee injury, which required an operation over the summer, and has been declared fit for the Adams Park match.

It is a timely return for Haskell, who will hope to make Stuart Lancaster’s England squad for next year’s Six Nations, after missing out on a place in the initial squad for the upcoming QBE internationals in November against Australia, Argentina and New Zealand at Twickenham.

Dai Young has made several changes to his Wasps squad in total from the 90-17 hammering dished out to Viadana in their first Pool Four match.

Haskell is back on the bench, alongside Joe Launchbury, as Esteban Lozada and Sam Jones miss out. Matt Mullan, Carlo Festuccia and Jake Cooper-Woolley form a new-look front-row, while Andy Goode, Josh Bassett and Charlie Hayter will start in the backline.

Simon McIntyre, Joe Carlisle and Ben Jacobs are also among the replacements, with Charlie Davies and Tom Lindsay but Will Taylor, Ricky Reeves, William Helu and Jack Moates are all not included.