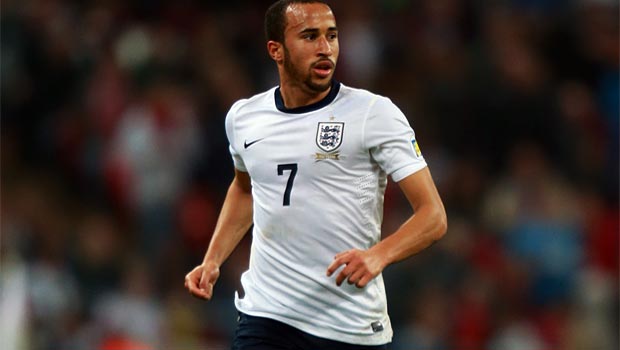 Andros Townsend intends to put his recent exploits for England to one side and concentrate again on earning a regular place in Tottenham for entire season.

Townsend was a revelation for Roy Hodgson’s side in the final two World Cup qualifiers as he helped England seal their place in Brazil next summer.

He scored a fantastic goal in the 4-1 win over Montenegro on Friday before turning in an outstanding display in the crucial 2-0 victory over Poland at Wembley on Tuesday.

However, the 22-year-old says he must quickly refocus on his club commitments with Spurs as he bids to earn a regular role at White Hart Lane under boss Andre Villas-Boas.

“For me, I have got to put that [England’s win] to the back of my mind now,” he told Sky Sports News. “I have got a difficult enough job trying to keep my place in the Tottenham team.

“We have got some fantastic players all vying for one position, so I have got to play well in every game and hopefully the rewards will come at the end of the season.”

Hodgson, meanwhile, believes England have unearthed an “outstanding winger”, who he hopes will go on to be a real star of the national team for years to come.

He said: “We have found an outstanding winger in Townsend who has played two games as if he’s been there all his life.

“When you perform that well in front of 90,000 everyone will look.
It’s when he’s not outstanding that people will ask ‘what’s happened to Andros Townsend’ but he will deal with that.”

England are now anxiously waiting to learn who they will face in the finals in Brazil next summer with the draw taking place on December 6.