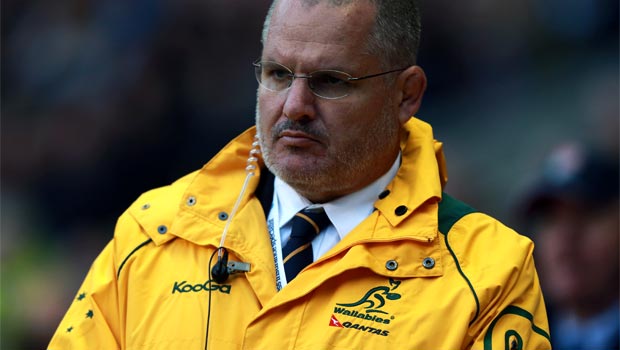 Australia coach Ewen McKenzie has made four changes for his side’s autumn international clash against Scotland at Murrayfield on Saturday.

McKenzie has switched his backs around with inside centre Mike Harris and outside centre Christian Leali’ifano coming in, while Joe Tomane and Chris Feauai-Sautia will start on the wings.

Leali’ifano and Tomane are back in action after the pair recovered from the injuries they sustained in the big 54-17 victory over Argentina in October.
Feauai-Sautia wins just his second cap for the Wallabies, while Harris lands his first start in the side this year.

Adam Ashley-Cooper, Nick Cummins, Liam Gill, Tatafu Polota-Nau and Benn Robinson have all been suspended by Australia for the match for “consuming inappropriate levels of alcohol” in a night out last week and McKenzie admits it was tough task selecting his side for the Scotland clash.

He said: “We’ve made some difficult selection decisions this week and now I’ll be looking to see how those individuals with an opportunity respond to the challenge.

“All Spring Tour I’ve been impressed by the competition we’ve been able to create in a number of positions. Now, some of those guys get a chance to impress in new roles this week.

“Our main focus right now is to get our own backyard in order and start building momentum by winning consecutive games. We took a step forward last week by scoring our first back-to-back win of the year, but now it’s about getting three in a row.”

He added: “However, Scotland is also a team that has gotten the better of Australia in the recent past and has won the past two games. This is an important match for the group to get right.”