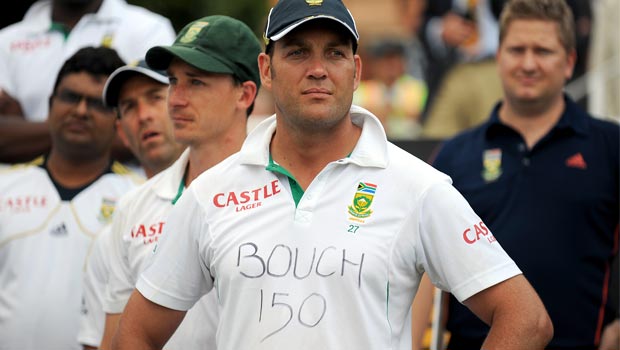 Veteran all-rounder Jacques Kallis is back in the South Africa one-day squad for the upcoming home series’ against Pakistan and India.

The 38-year-old has not played for his country in a ODI since featuring against New Zealand in February 2012, but he returns for the clashes against Pakistan and India over the coming month.

Kallis comes in for Twenty20 skipper Faf du Plessis in the 14-man squad for three one-day games against Pakistan at the end of this month and then the three that follow against India in December.

Opening batsman Graeme Smith, meanwhile, is also included after recovering from the post-concussion syndrome that affected him in the United Arab Emirates against Pakistan last month.

Leg-spinner Imran Tahir is also named in the squad but there is no place for left-arm slow bowler Robin Peterson.

Cricket South Africa selection official Andrew Hudson says Kallis’s return is a major boost to the side and he brings a bagful of experience to the squad.
He said: “It is very welcome news to have Jacques back as our premium all-rounder. There is no substitute for the experience he brings to the game.

“We have a number of young batting talents in the squad such as Quinton de Kock and David Miller and the more experience they have around them, the better it will be for their development.”