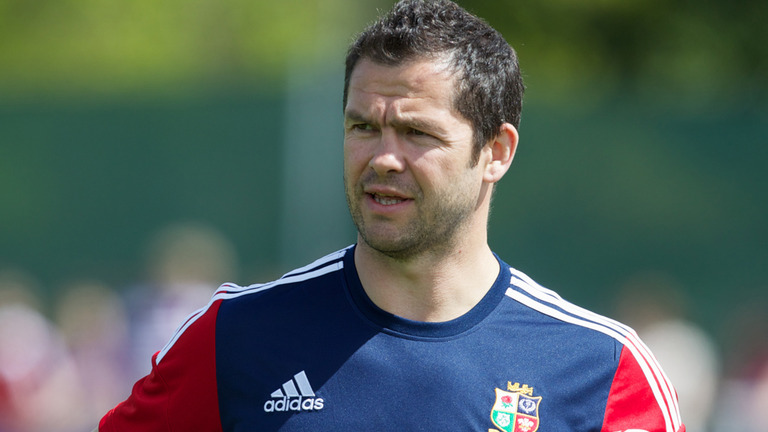 British & Irish Lions assistant coach Andy Farrell has played down fears that both Owen Farrell and Jonathan Sexton are struggling with injuries.

Both No.10s were forced to sit out training on Monday having picked up knocks in the brutal encounter with the Queensland Reds on Saturday in Brisbane.

Scottish full-back Stuart Hogg, who has impressed in the No.15 jersey on the tour so far, is set to play fly-half for the Lions in their next clash against the Combined Country XV on Tuesday.

With Farrell and Sexton picking up a dead leg and hamstring injuries respectively, the former’s father Andy has quashed any long-term concerns regarding the pair.

He said: “Like every game of rugby, guys have got little knocks and tweaks but there’s nothing serious, Owen’s just got a bit of a dead leg, that’s all, so it was just precautionary.

“Jonny was a little bit tight, but he’s fine as well.

“Obviously with the way the recovery works now they’ve got to recover properly, especially with the flights, so they had training off today but they’re fine.”

With only two recognised fly-halves in the Lions squad and Hogg acting as cover, the speculation will increase surrounding the chances of Jonny Wilkinson flying Down Under.

The former England star is still recovering from a minor operation but could be ready for action in just over a week, should Farrell or Sexton sustain any more injuries before the start of the three-Test series against Australia.