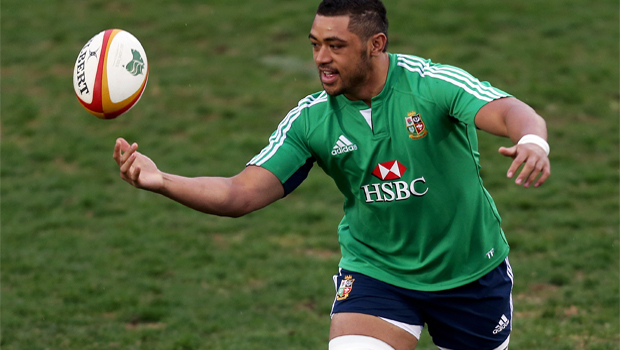 Newport Gwent Dragons have been handed a huge boost with the news Toby Faletau has penned a new deal with the club.

The 22-year-old was due to fall out of contract at the end of the 2013/14 campaign and there were big fears he would elect to move one.

However the Wales and British & Irish Lions forward has opted to commit his future by penning a two-year extension, which is great news for all concerned with the Dragons.

“I’m pleased to have committed to the Dragons so early in the season,”

“This will help me to concentrate on my on-field performance and the challenges ahead this season.

“With the reputations of [Dragons head coach] Lyn Jones and [assistant coach] Kingsley Jones preceding them, I’m looking forward to working with them and developing further as a player.

“It’s clear the Dragons are taking steps to develop the region and its team, with a number of new signings both on and off the field.”

Meanwhile, chairman Martyn Hazell says the club did well to beat off interest from a number of rivals to keep him in Wales.

“There was fierce competition for Toby’s services, but by securing Toby’s future here at Rodney Parade it clearly shows our ambition as a board of directors and as a business to further develop the Dragons brand,” said Hazell.

“I have been extremely impressed with Toby’s drive and motivation.

“Toby is important to growing our business on and off the field and shows our commitment to becoming the best region in Wales.”