Singapore Grand Prix: Kimi Raikkonen to race through the pain 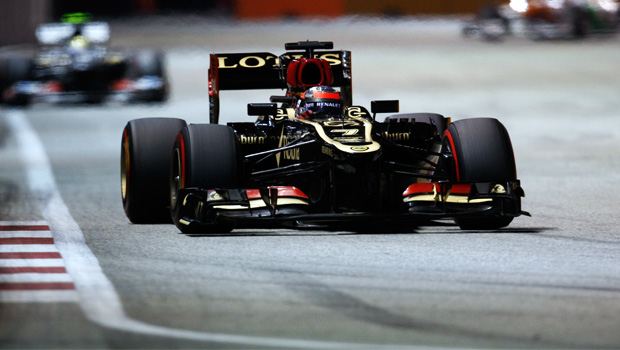 Kimi Raikkonen revealed the back problem that hampered his qualifying performance at Singapore Grand Prix should not prevent him from taking his place on the grid on Sunday.

The Finn was restricted in both final practice and qualifying on Saturday, eventually ending up in 13th on the grid, although there had been fears he would not be able to race as Lotus prepared reserve driver David Valsecchi.

Raikkonen has a long-standing back injury that actually caused him discomfort in Friday’s practice sessions, before deteriorating to hamper his breathing while braking for the Marina Bay Circuit’s 23 corners.

A pain-killing injection helped to alleviate the problem during qualifying but after losing time preparing his car, lacked the confidence to race full tilt when it mattered most.

Raikkonen has confirmed that he will participate though come race time as he bids to maintain his slim hopes of reeling in Sebastian Vettel in the Drivers’ Championship standings.

“Unfortunately today didn’t go to plan as the issue with my back meant I couldn’t really drive properly this morning, so we didn’t get everything done like we wanted in the practice session,” Raikkonen said.

“It’s still quite painful and there wasn’t much more I could do in qualifying when you take that combination of things into account.

“It’s not the first time I’ve driven with a problem and it probably won’t be the last time either, but I’ll be on the grid tomorrow and we’ll try to get the maximum from where we are at the start.”

Although Vettel will be on pole, there is some hope for Raikkonen as team-mate Romain Grosjean showed that Lotus can be competitive this weekend by qualifying in third place.