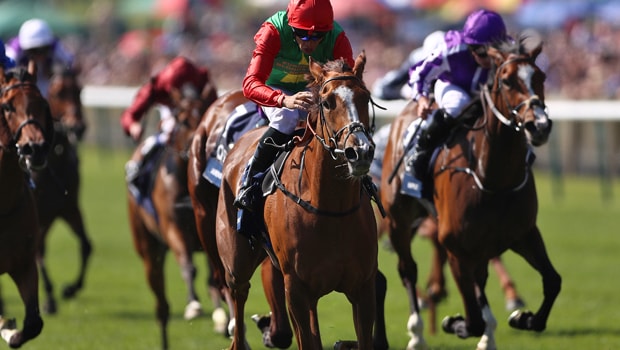 Richard Hannon knows it won’t be easy against a stellar field but he is upbeat his 1000 Guineas winner Billesdon Brook can run a big race in the Coronation Stakes at Royal Ascot.

Billesdon Brook was a shock, though fully deserving, winner of the Rowley Mile Classic last month and connections have stumped up a supplementary fee to put her in the Ascot Group One.

Hannon admits it is a star-studded array of talent, whilst acknowledging that his filly fully merits a place in the line-up.

“I think it’s the first time for 30 years the winners of the English, Irish and French Guineas have all met in the Coronation,” said the trainer.

“She’s in great form, we’re very happy with her. People can question the form of each Guineas if they want, but we need to meet to see who is the best.”

“She’s as good as she was going into the Guineas, this will be a fantastic race and if she wins then great.

“We haven’t done anything different with her, she’s not doing handstands or anything but she wasn’t before the Guineas.

We could have gone over 10 furlongs but why when you’ve won a Guineas. She’s taking on a lot of horses she’s beaten. We can go over further later.”

Billesdon Brook is 7.00 to win the Coronation Stakes, with Jessica Harrington’s Alpha Centauri priced at 4.50 and Clemmie 5.00 for Ballydoyle.