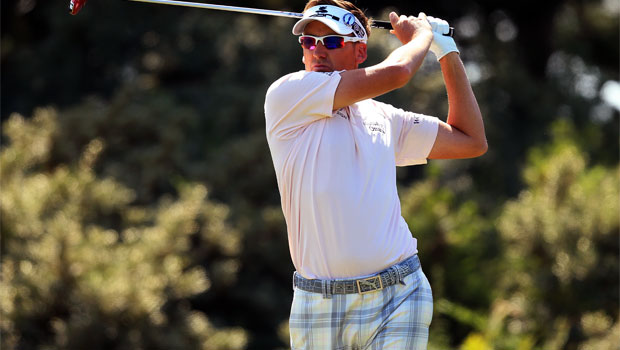 Ian Poulter is confident he can steal the Race to Dubai title from under the nose of Henrik Stenson with victory at this week’s season-ending DP World Tour Championship.

The 37-year-old Ryder Cup hero is hoping to become the European number one for the first time in his career.

But he requires a victory this week and for current Race to Dubai leader Stenson to finish below second place for him to achieve his aim.

Poulter has been in good form of late with creditable finishes of 15th, second and fifth respectively in the first three events of the inaugural Final Series to leave him fourth in the standings behind Stenson, Justin Rose and Graeme McDowell.

Rose and McDowell can both finish in top spot on the money list with a win at the DP World Tour Championship, but Poulter feels confident he can draw on his experience of playing under intense pressure in the Ryder Cup to ensure he wins the race in Dubai.

“It would mean a lot,” said Poulter. “I think the year has been disappointing but I guess I’m slowly turning that round at the back end of the year, which I have done a few times before.

“If I could win this week and win the Race to Dubai that would be a huge achievement for myself as a personal goal. That’s something that every player wants to do.

“I’ve always done well under pressure, like my school report and school work. I never handed it in until the last minute. I always produced my best at the last minute. It’s too easy early in the season, isn’t it?”

“I’m pretty confident for this week and fancy my chances,” he added.