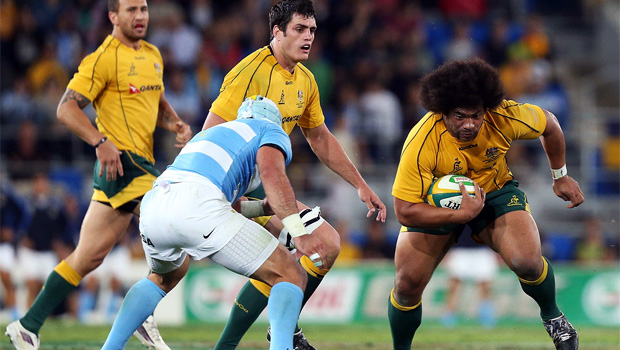 Australia will attempt to win their first Rugby Championship tie this season by beating Argentina on Saturday.

New coach Ewen McKenzie was extremely optimistic of ushering in a new era ahead of the Championship, but it has been a real wake-up call for him and the rest of his coaching staff, after his promise to win playing ‘the Australian way’ backfired dramatically.

The clash in Perth has turned into something of a must-win game for Australia, who sit bottom of the table after three rounds, having lost both games against New Zealand, while they were mercilessly mauled by South Africa.

The media are starting to turn on McKenzie after some questionable decisions, such as making the inexperienced Ben Mowen captain on the strength of just six Tests, but he dismissed some of his calls as just small changes.

“There are little areas of the game where we can tweak things. We’ve made some minor adjustments,” he said.

“If you change big things, you actually don’t know what makes the biggest influence.

“So with small changes – which is what we’ve been doing for the last few weeks – we’ll get there.”

Argentina sit a place above them in the table and after suffering two defeats to South Africa recovered to score a try against the All Blacks before not surprisingly being turned over.

Pumas centre Felipe Contepomi has been pleased overall with his side’s form against much higher ranked rivals, attributing the contribution of former New Zealand World Cup-winning coach Graham Henry, who has been taken on as a consultant, to their improved play.

“He added a lot of confidence and knowledge in the way to attack,” he said.

“He knows the Wallabies much better than we do, and it’s great to have his inside knowledge.

“He can add to our rugby culture.”