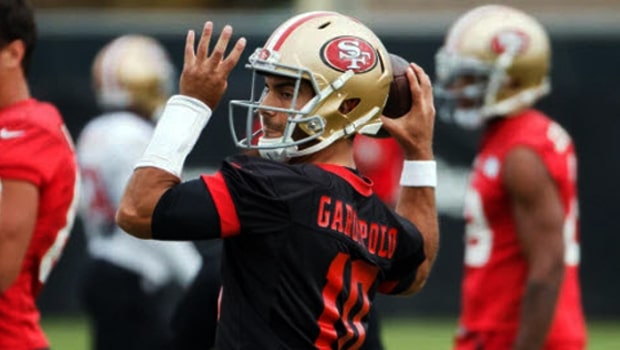 The other side of the NFL, the AFC, has seen some surprises and topsy-turvy games in the playoffs, while the NFC has proved more predictable and a tad less dramatic – even if one of the big favorites to win the Super Bowl, New Orleans Saints were ousted in the first round by Minnesota Vikings. In the conference finals the favorites were clear and while the games were not won by a landslide, the teams progressing were clearly the better ones overall.

San Francisco 49ers took on the Minnesota Vikings, whose heroics had toppled Drew Brees and the Saints in the Wild Card game. Unlike their counterparts in the AFC, 49ers were well prepared for the game and put on a magnificent defensive display, keeping Vikings at bay for the duration of the match. While it can be argued if Vikings had their best day in the office, it was mostly the relentless chasing and impeccable marking by the 49ers defense that held the visiting team to 10 points.

If the defense wins championships, as the old saying goes, 49ers seem like a good choice. With the defensive master-class, it was easy for Jimmy Garoppolo’s offense to pick up the necessary points in order to advance without much sweat. Tevin Coleman ran the ball into the end-zone twice and Robbie Gould kicked in two field goals in addition to Garoppolo connecting with Kendrick Bourne to start the scoring. The Vikings were held to only 21 yards on the ground and 126 yards in the air, so there’s no question who were the heroes in the 49ers grinding win.

A much more even game was expected at Green Bay, where the 2nd seeded 13-3 Packers played host to 11-5 wild card team Seattle Seahawks. The Seahawks had topped Philadelphia Eagles in the Wild Card round in a low-scoring 9-17 issue. Packers and Aaron Rodgers took the reins from the start and pounded the Seattle’s injury ridden defense on the ground and in the air. Rodgers found his go-to-guy Davante Adams to start the scoring and Aaron Jones rushed in twice before the half. Packers had a comfortable 21-3 lead heading to the half-time – perhaps too comfortable.

The defense being the Achilles’ heel for the Packers, Seattle still had immense problems getting their offense going. It was “the Beast Mode” Marshawn Lynch himself who got the Seahawks on board in the second half, before Rodgers came back with Adams for six and then Russell Wilson finally finding Tyler Lockett for a passing touchdown. A comfortable lead – say for 14 points or so – seems to be perilous to Packers and they were on the verge of collapsing once again in the end. Lynch rushed another TD early in the fourth quarter, but despite the push, Seahawks didn’t manage to score more. While it was all around comfortable win for the Packers, the defense still left a lot to be desired for and their inability to kill of the game, letting Seahawks climb back within five points is somewhat worrying.

The 49ers will host Packers in San Francisco on 20th January in NFC Conference Final.