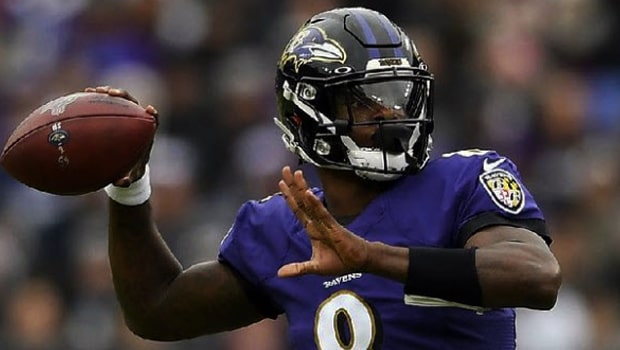 If the NFL Playoffs Wild Card round was full of surprises and drama, the same trend continued to the Divisional Round even if the road was supposed to be paved to the favorites to progress. Nothing is more unpredictable than the NFL playoffs, it seems, and while three of the favorites did end up winning, the one team losing was the biggest favorite of them all.

Tennessee Titans, the second Wild Card team of the AFC, had already stunned the reigning champions New England Patriots on the first round in a low-scoring issue. Still, Baltimore Ravens, the best team in the regular season were expected to run over the Titans with ease, led by their all-around MVP quarterback Lamar Jackson. But the relentless Titans had none of that. Ravens looked out of sync on the offense, with Titans tightening the field in the middle and not allowing Jackson to make any runs through the middle. Instead, Ravens were forced to throw the ball and rush the outside – out of their comfort zone and into the Titans defenses.

While the Titans did not create much offensively, Derek Henry and Ryan Tannehill kept the ball moving and made no mistakes. In the end the Titans had toppled the Ravens by an unexpected score-line of 12-28. While Ravens were nowhere near their best, for reasons unknown, Titans have to be lauded for their perfect execution of the game plan and not faltering when they took the lead – a sign of a winning football team right there.

If it was a disastrous start, middle and finish for the Ravens, it didn’t look much better for the AFC second seed Kansas City Chiefs, facing the first Wild Card team Houston Texans, who took the spoils in the first round overtime game against Buffalo Bills. The Texans had a start to remember – and the Chiefs to definitely forget. The underdogs scored on their first drive, after Kenny Stills was completely forgotten in the backfield and DeShaun Watson had no problem finding his receiver. But things only got worse for the Chiefs. The Texans blocked the following punt and returned it for a TD. And that’s not all, a fumble on return allowed Texans another red-zone possession, which they finished with a touchdown. Before the Chiefs could get their act together, it was 0-24 for Texans with 40 minutes left to play.

But, unlike the Ravens, Chiefs found their feet quickly in the second quarter – and then there was no looking back. Patrick Mahomes showed some MVP quality plays and both, tight end Travis Kelce and running back Damien Williams ended up with three touchdowns to their name. Six unanswered touchdowns was enough to throw Texans out of their game and while DeShaun Watson managed to claw one back, the Chiefs shot themselves in the Conference Final by the score line of 51-31.

The Chiefs will face the Titans in AFC Conference Finals on Sunday, 19th January. The visitors are once again the heavy underdogs, but have now upended the 1st and the 3rd seed of the conference. If Chiefs don’t learn their lesson from Texans and Ravens, Titans have a chance to make it a straight flush.