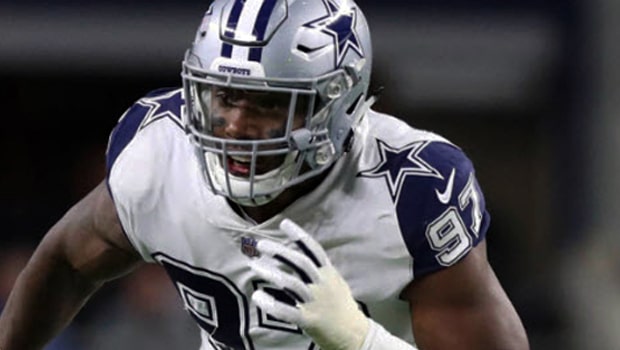 Dallas Cowboys are reportedly interested in trading Pass rusher Taco Charlton after failing to live up to the billings he had two years when he was the 28th pick in the NFL draft.

The NFL Network reports that Charlton, who was highly impressive during his college career in Michigan, is now placed on the trade block with the Cowboys looking to bring a replacement and are reportedly interested in a player for player trade.

Charlton, who is 6-foot and weighs 275 pounds, managed to accomplish Forty-Six tackles, one Fumble and 4 sacks, the last sack coming in the second week of the 2018 season. However, after an impressive pre-season by Charlton, he was expected to carry the form over into the regular season but so far has failed to get game time.

Meanwhile, Charlton could move to Philadelphia Eagles who are Cowboys rivals after manager Howie Roseman stated the Eagles are scouting for every available player in the trade market. The Eagles need reinforcement in the pass-rushing unit after recording just one sack in the opening game against Washington Redskins albeit the team had placed accolades publicly on the Pass-Rushing group.

Eagles coach Roseman may fancy Charlton’s abilities on the defensive line as a healthy competition to Vinny Curry, Brandon Graham and Derek Barnett. Charlton is in the 3rd year of a four-year rookie contract worth $10.028 million and will rake in $1.376 million in base salary for the year.

For now, the Cowboys will continue with Kerry Hyder and Dorance Armstrong as direct backup DEs to Tyrone Crawford and DeMarcus Lawrence, while Veteran Robert Quinn is set for a return from NFL suspension.