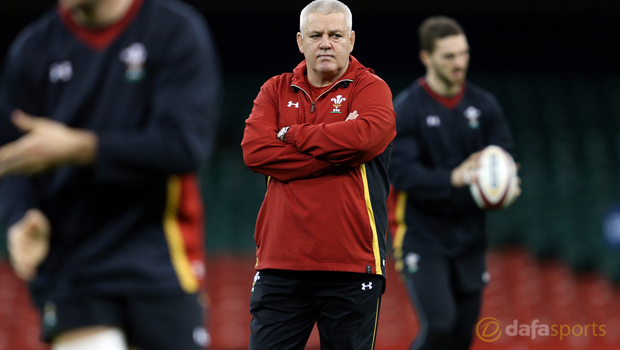 England are chasing a Grand Slam with three wins in as many games, while Wales are a point behind in second spot and will leapfrog their hosts at the top of the standings on Saturday with a win.

Gatland’s side are 2.50 to win the Six Nations outright and while England are the current 1.53 favourites.

Wales host Italy in the final round of games, while England travel to France, and Gatland is under no illusions as to just how important their penultimate Six Nations showdown is.

“It was pretty straightforward — there was not much discussion at all about selection. As a team, we are in a pretty good place,” Gatland told reporters.

“We’ve not spoken about the World Cup and what happened there. It was a great performance to get out of the group, but we feel in much better shape than at the World Cup.

“The guys are training well, and we are treating Saturday like a final. They [England] are a good side. They have a lot of strength in depth, and young players continuing to improve.

“It will be one heck of a game on Saturday, and whoever wins, probably wins the Six Nations.”

Gatland has decided to keep his starting side intact for the crucial meeting with England but Paul James, Luke Charteris and Rhys Webb have been added to the bench.

England have handed fit-again centre Manu Tuilagi a recall but he is expected to start on the bench on Saturday, with Alex Goode making way.

Gatland’s counterpart Eddie Jones has been dealt an injury blow as hooker Jamie George has been ruled out for the remainder of the Six Nations, with Exeter’s Luke Cowan-Dickie selected as his replacement.