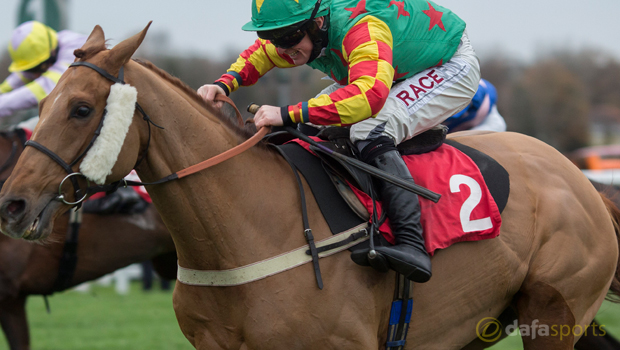 Trainer Neil King has confirmed Lil Rockerfeller will contest the Champion Hurdle on day one of the Cheltenham Festival.

King feels Tuesday’s Grade One showpiece is “wide open”, due to the absence of the formidable Faugheen, despite the presence of some big names such as 3.00 favourite Annie Power and 8.00 hopeful My Tent Or Yours.

After an encouraging win at Fontwell, King feels his five-year-old charge deserves a shot at the two-mile Champion Hurdle and believes there is still plenty of room for improvement in Lil Rockerfeller.

“We entered him in the Coral Cup and the World Hurdle, but handicaps are out now and he’s never run over three miles,” King told Sporting Life.

“The day Faugheen was ruled out I was on my way to Fontwell and looking at the race, it seemed very open.

“I had a chat with the owners and they were excited by the idea, but we said we’d still head for the National Spirit as that had always been the plan.

“If he’d got beaten at Fontwell I’d have shot myself, but the manner of his victory was very impressive.

“He’s an improving, young horse and it’s so wide open we have to have a go, also the yard is in such good form – from our last 11 runners we’ve had five winners and five seconds.

“Confidence is high, as it is with Trevor (Whelan), our stable jockey, and the owners are playing with prize money (from Fontwell) so when you weigh it all up, we thought ‘why not?’.

“Everyone tells you how hard it is for five-year-olds and by now I expected him to be running over three miles, but he just keeps on improving.”

Lil Rockerfeller is 41.00 to come out on top in the Champion Hurdle.