Posted by Vincent Henderson on November 24, 2016 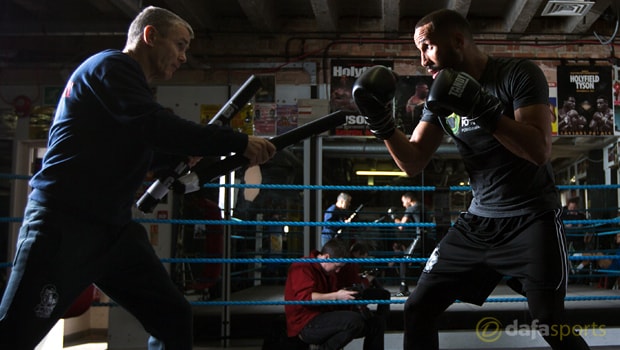 James DeGale is convinced he will be able to outclass Badou Jack when the pair meet on January 15.

De Gale will head to New York looking to defend his IBF super-middleweight title and unify the division by claiming Jack’s WBC belt.

Since suffering the only loss of his professional career to fellow Brit George Groves in 2011, ‘Chunky’ has continued to improve and has twice successfully retained his IBF crown after taking the belt off Andre Dirrell in May 2015.

Jack too has only tasted defeat once in the pro ranks and has held his title since beating Dirrell’s younger brother Anthony a month before DeGale’s success.

It all sets up for an intriguing bout at the Barclays Center but the London southpaw believes he has the edge on his orthodox opponent.

DeGale admits he admires Jack as a fighter but says he simply has too much quality to be beaten by the Swede.

He is quoted as saying by World Boxing News: “It’s here. The big one. The best fighting the best. Number one against number two.

Badou Jack is a very good fighter. He doesn’t do anything spectacular, but he’s a complete fighter. “I have that X-factor.

I’ve lost before and I’m not going to lose again. I’ve come too far in my life to lose this opportunity.

I’ve been waiting for this fight for a long time and I’m ready to get in there.”