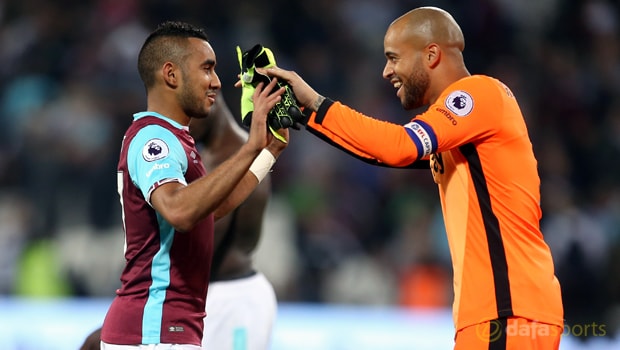 Darren Randolph says his struggling West Ham side need to embrace the challenge presented by their upcoming run of fixtures.

The Irish goalkeeper was surprise starter in last Saturday’s dramatic 3-2 defeat at Tottenham and will more than likely keep the gloves for Sunday’s trip to Manchester United.

With United also to come in the EFL Cup on Wednesday and then games against Arsenal and Liverpool, the pressure is on Slaven Bilic’s side to start digging some results out.

After a strong campaign last term, the Hammers have not got going this time around, winning just two of their last 10 in the league and will start the weekend 17th in the table.

Continuing their poor form would likely see them drop into the bottom three and with injuries and suspensions still an issue for the east Londoners, life could prove extremely difficult for them over the busy festive period.

Rather than panic, Randolph says the Hammers need to stay optimistic, especially with them having impressed against the top teams last term.

The 29-year-old has backed his side to find their form in the coming weeks and is adamant that boss Bilic remains the right man to steer them through their upcoming games.

“They’re good games for us to go and build up some confidence in by putting in some good performances,” said Randolph.

“I’m 100 per cent behind the manager and I’ll continue to work as hard as I can on and off the pitch to help turns things around.”