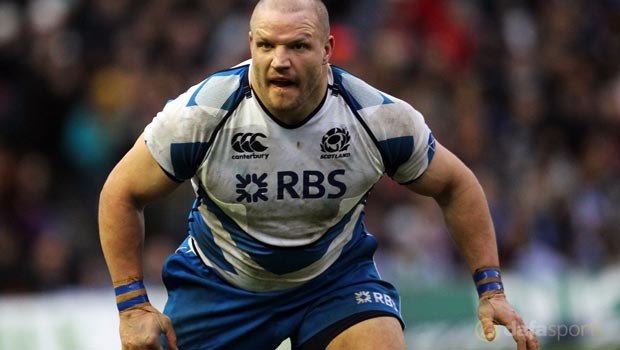 The front rower is his country’s most-capped tighthead after making 66 appearances following his debut against Romania 10 year ago.

Murray was also selected for the British & Irish Lions squad which toured South Africa in 2009 and he would have won more caps had he not decided against playing on the Christian Sabbath five years ago.

His decision means Scotland coach Vern Cotter must now plan for the upcoming Rugby World Cup without the services of the 34-year-old Glasgow Warriors forward.

Cotter said: “At his best Euan was a world-class tighthead prop. On behalf of the team and management, I wish Euan and his family all the very best.”

Murray’s wife is expecting their third child and the former Northampton, Newcastle and Worcester man did not feel he could commit to Scotland’s schedule.

“Clearly, with the Rugby World Cup looming, the national squad will be training and playing throughout that period and I have too much respect for the national jersey to put myself forward in those circumstances,” said Murray.

“I’ve made this decision now after much deliberation and lengthy discussions with team management so that they can plan ahead accordingly.

“I’d like to take this opportunity to thank all the excellent coaches, world-class medical staff, supportive fans, friends, and, most of all, my family for helping to make my career possible.”

Scotland picked up the wooden spoon in this year’s Six Nations and are 51.00 to win the annual northern hemisphere showpiece tournament in 2016.