Sergio Aguero vows that Manchester City will come back stronger 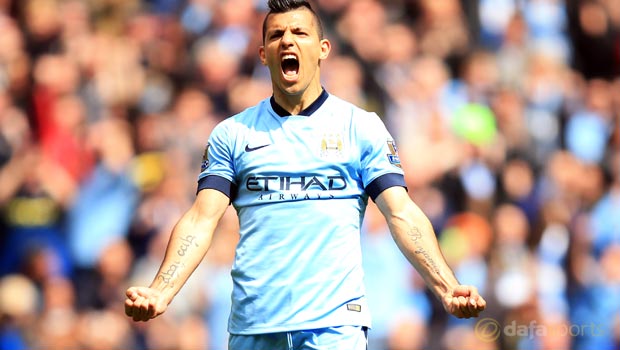 Sergio Aguero says Manchester City will come back strong next season and reclaim the Premier League title from Chelsea.

Aguero helped himself to a hat-trick against QPR on Sunday as City moved three points clear of Arsenal as they attempt to finish as runners-up behind the Blues.

Having reeled in the early-season pace-setters in by Christmas, Man City have faltered since the turn of the year allowing Jose Mourinho’s team to canter over the winning line with three games to spare.

According to Aguero, City can use the momentum of their end-of-season form to hit the ground running next term.

“We lost a lot of points this season and now we are in good form, having won four games in a row, so we must continue like this for the two remaining games,” he said.

“We want to finish the best we can and start next season fighting for every title.”

City travel to Swansea on Sunday and Manuel Pellegrini’s side are 1.69 to put another three points on the board at the Liberty Stadium.

Having scored 31 goals in 40 appearances so far this season, Aguero is leaving no doubt that he will be out to set the record straight with Chelsea next season.

“This season wasn’t as we expected but we will face new challenges next season and there is always revenge in football,” he added.

The striker fully expects to have some reinforcements in the dressing room for the battles ahead.

“The club will decide what players they bring in but our mind has to be the same and go for the title from the beginning,” Aguero said.