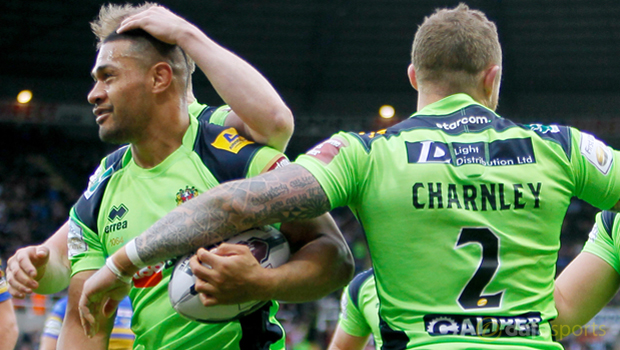 Wigan host Saints on Friday and then take on Hull FC in the cup on July 29, with Warrington and Wakefield contesting the other last-four clash the following day.

Isa, who has been playing in the second-row in recent weeks in place of the injured Liam Farrell, is relishing both contests and says Saints is the ideal fixture to have in the Super League before they turn their attention to the Challenge Cup.

“This is probably a good game to go into next week,” he said, as reported by Wigan Today.
“The cup game is going to be very physical, very intense, and having a derby first is good preparation for that, and a good test for ourselves.”

The Warriors were downed 18-16 by struggling Leeds Rhinos last time out and Isa feels they must improve to get back to winning ways against Saints.

He added: “It’s a big game for us, and for me individually, I want to test myself in a derby, in a big game.

“You don’t need to get up for these kind of games, it will be an awesome experience.

“I’m looking forward to it – it’s one of those games you keep an eye out for and after last week’s defeat, we need to be better.”