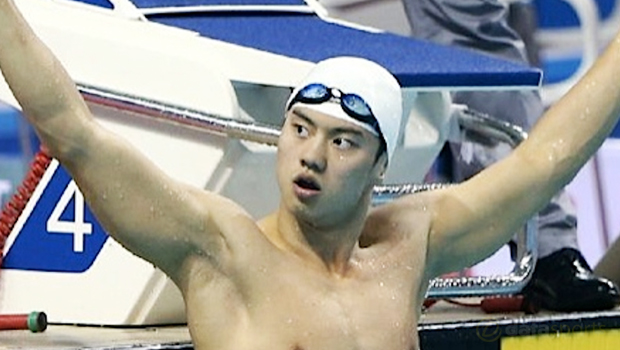 China’s pursuit of Olympic medals will see the country send its largest ever overseas delegation to Rio de Janeiro for next month’s Games.

Four years ago in London, the Chinese finished behind only the United States in the medal table and their appetite for more is already clear after they confirmed a team of 416 athletes are heading to Brazil.

The country will send 256 women and 160 men to compete in 26 sports, the government said during a ceremony unveiling the team in Beijing on Monday, state news agency Xinhua reported.

That number is an increase of 20 on the tally that made the journey to London four years ago.

“This is the largest ever Olympic delegation China has sent overseas,” Cai Zhenhua, deputy director of China’s General Administration of Sport declared.

He added that the delegation has 711 members including 29 foreign coaches.

China confirmed that Ning Zetao, first Asian swimmer to win the 100 metres freestyle at the world championships, would be travelling to Rio.

Rumours had previously claimed Zetao was being cut from the Olympic team due to his high volume of commercial engagements.

The youngest member of the delegation is 14-year-old Ai Yanhan, who will compete in the women’s 200m freestyle and 4x200m freestyle relay, while the oldest is 39-year-old Beijing Olympics shooting champion Chen Ying.

Teenage gymnast Liu Tingting is one of the notable absentees.

She had been due to compete in her first international competition at the Rio Games but she was forced to pull out having suffered an injury in training last week.