Posted by Vincent Henderson on November 19, 2016 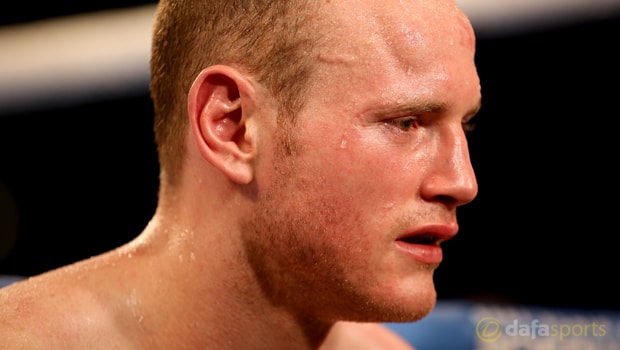 George Groves has his sights trained on a rematch with WBC Super Middleweight champion Badou Jack after his latest success in London.

Groves proved much too strong for German Eduard Gutknecht at the SSE Arena in London on Friday.

The Englishman was on top for much of the contest and Groves was awarded the fight with one judge scoring it 119-110 in his favour and two 119-109.

It meant a fourth successive win for Groves, 28, and another defence of his WBA International super-middleweight title.

Having lost world title bouts against Carl Froch and Jack most recently, Groves makes no secret of the fact he wants another shot on the biggest stage.

“We want real, big, proper fights. There was no world title on the line, but we knew Gutknecht was going to give me a tough fight.

It will push me on for a world title fight and, ideally, I would love a rematch with Badou Jack,” he told Channel 5.

After the fight, 34-year-old Gutknecht fell ill in his changing room and was taken out on a stretcher to hospital.

Speaking before that news emerged, Groves felt he deserved the win and paid tribute to his valiant opponent for seeing out the distance.

“I am very happy with how I fought, it went exactly to plan,” Groves added.

“I set a great tempo and busted him up badly. I am surprised he made it to the bell – Gutknecht is a tough character.”