Posted by Vincent Henderson on December 14, 2015 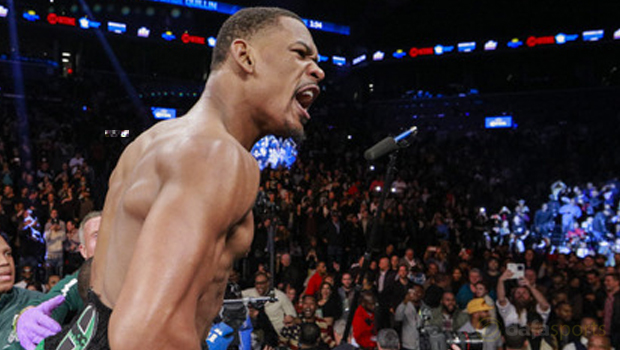 Chris Eubank Jr says he is fully confident he can fulfil his promise to be world middleweight champion by defeating Daniel Jacobs within the next 12 months.

Eubank Jr became the mandatory challenger for the American’s WBA middleweight title after he defeated Gary ‘Spike’ O’Sullivan at the O2 Arena in London over the weekend.

He says he believes the fight with Jacobs will go ahead in the next 12 months and while he would love the chance to box for the world title in England, he says travelling to America holds no fears if that is what he must do.

“There are a few options. He’s the champion and he is from Brooklyn, so flying over to America is an option. Being a Brit, I always love to fight in England, so if we can get the fight over here that would be great,” Eubank Jr said.

“There’s a lot of politics, but the fight will happen within the next year or six months. That is my dream, to become a world middleweight champion and Jacobs is the man they are going to put in front of me and he’s not going to get in my way.”

Eubank Jr has bounced back from the sole defeat of his career to date against Billy Joe Saunders last November and now has a 21-1 record with 16 knockouts to his name.

He says he prides himself on being able to withstand big hits and he feels there are not many middleweight’s that can cope with his speed.

“If you’re throwing these big power shots, but I am throwing three or four shots before you can get your one off there’s no way you can beat me,” he added.

“When you have someone like me who is able to take a shot, I pride myself on the fact that I can withstand a lot of punishment. So even if I do get caught, you are not going to take me down.”

Saunders meanwhile is 2.00 to win his title bout with WBO middleweight champion Andy Lee in Manchester this Saturday. Irishman Lee is 1.83 to be successful in the first defence of a title he won against Matt Korobov last December.