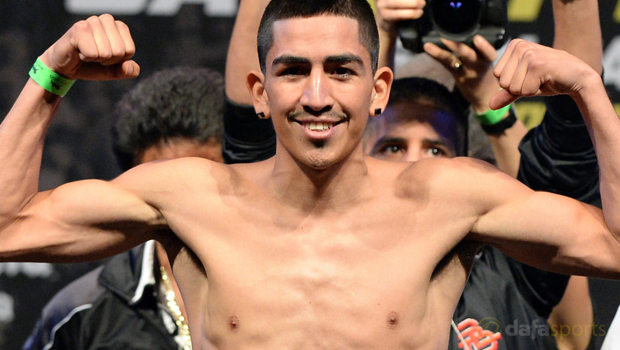 Carl Frampton has identified Mexico’s Leo Santa Cruz as the man he wants to face next.

Belfast boxer Frampton got the better of Scott Quigg in Manchester last month to add the WBA super-bantamweight title to his IBF crown.

He says he want to ensure his legacy in the game by becoming a world champion in different divisions and he sees the Mexican as the ideal opponent.

“It’s up a weight division, so we’ll have to move up to featherweight but it’s about securing a legacy now. I want to be a two-weight world champion.”

Frampton says he would love to bring WBA featherweight title holder Santa Cruz to Belfast this summer but he feels time constraints may force him to go on the road.

“I think me against Santa Cruz is a very crowd-pleasing fight, I would like it in Belfast, if it’s going to be the next fight it could be in the summer, but we may have to travel.

“But that’s fine too, I will fight him anywhere.”

Santa Cruz, 27, has never been beaten in 33 bouts with just a solitary draw tarnishing his perfect record. He has already laid claim to world titles at bantamweight and super-bantamweight.

Frampton got the better of Quigg last month on a split-decision at Manchester Arena. The Northern Irishman got off to a strong start but was forced to repel a stirring late rally from his opponent.

Frampton is undefeated after 22 fights in his professional career.