Posted by Vincent Henderson on February 14, 2016 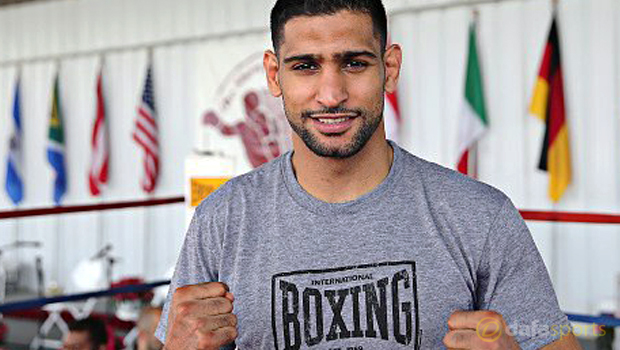 Amir Khan took an easier road for himself in electing to fight Saul ‘Canelo’ Alvarez ahead of an all-British clash with Kell Brook.

That is the view expressed by WBA welterweight champion Keith Thurman, who has designs on tackling Brook down the line himself.

Thurman will step into the ring next month with American Shawn Porter, a bout the 26-0 fighter believes will be used to gauge whether or not he deserves to take on Brook.

A much-touted clash between Brook and Khan is now on hold after the latter confirmed he will instead fight Alvarez in May.

Thurman says that was a calculated move from the former Olympic medallist Khan.

“Style-wise, Canelo is not a hard fight for Khan. [Canelo is] flat-footed, he tends to be slow-handed,” Thurman said.

“Kell Brook has a very accurate jab, an accurate straight right hand, he’s 147lbs, he moves faster with his hands and his feet, and has a similar defensive style.”

Thurman hopes to be considered as a potential challenger for IBF welterweight champion Brook’s belt and he says defeating Porter is the way to enhance his hopes of a shot.

Porter’s only career defeat came at the hands of Brook, so Thurman says it is important that he takes care of business in the right way.

“In the fight world we call it a measuring stick,” Thurman said.
“Brook was able to defeat Porter – is Keith Thurman able to beat Porter? If so, in what form and in what fashion? Does it go 12 rounds, is it more or less competitive than the Brook fight, do I stop Porter?”

With 22 of his 26 wins coming by way of knockout, Thurman wants to carry on in a similar vein in Connecticut next month.

“We plan on hurting Porter, we plan on being smart and wise, and taking advantage of the opportunities we have to land the devastating blows,” he added.