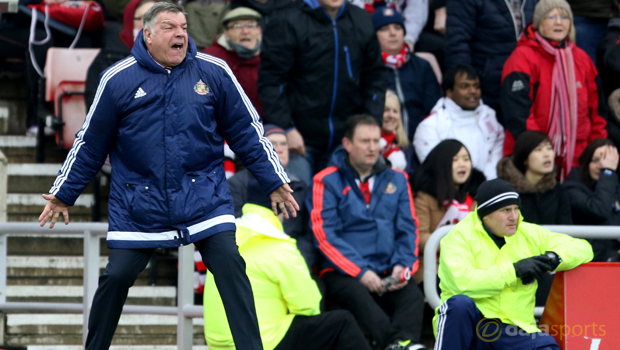 Prior to beating Manchester United, Sunderland boss Sam Allardyce stated the club had gambled in bringing in new faces during the January transfer window.

The Black Cats boss said he felt there were signs his new arrivals were making a difference and after watching them contribute massively to the victory over Louis van Gaal’s Red Devils, Allardyce hailed Wahbi Khazri and Lamine Kone for their roles in the win.

Victory moved Sunderland to within a point of north-east rivals Newcastle and safety in the Premier League table, and Allardyce feels the performance as much as the result bodes well for their survival chances.

Khazri saw his early curling free kick creep into the Manchester United net unaided while Kone bulleted a header from Khazri’s corner down the barrel of the visitor’s goal with eight minutes remaining.

While the winning goal was officially given as a David de Gea own-goal, the Sunderland boss hailed the contribution of his match-winning duo.

“Our new players have made a massive contribution since they have been here, but nothing bigger than today with Wahbi’s goal from the free-kick and then his corner and Lamine scoring the winner for us.

“That hopefully will bode well for the rest of the season,” said Allardyce.

His side now have two weeks off before they face West Ham on February
27 and Allardyce feels they can head off to a warm weather training camp in Dubai with renewed confidence that they will escape relegation.

“With a result as big as this one, I hope it lifts their confidence brilliantly for the big push to try to get out of the trouble that we are in,” he added.

After their win against Man United, Sunderland are now 1.53 to be relegated this season while Newcastle are 2.20 to go down in the wake of their 5-1 thumping at Chelsea.