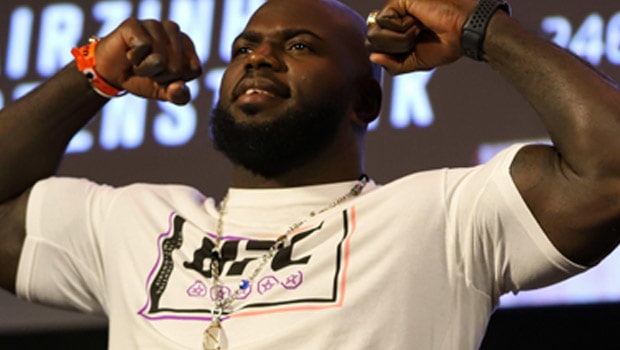 This Saturday the UFC will give us a very entertaining heavyweight fight between Jairzinho Rozenstruik and Augusto Sakai. Jairzinho Rozenstruik began training in kickboxing at age 17 and he turned pro shortly after. ‘Bigi Boy’ found success immediately and while has just 12 professional MMA fights, he has seen and done it all as a kickboxer, with 76 wins (64 via stoppage) in 84 fights.

Rozenstruik made his MMA debut in 2012, looking to dominate the scene and he went 6-0 in various regional promotions before the UFC noticed and signed him to a multi-fight contract. Rozenstruik beat Junior Albini via TKO in his debut with the promotion at UFC Fight Night 144 on February 2, 2019 and he’s 5-2 since. Rozenstruik’s five UFC wins were via knockout and he’s finished three of his opponents in less than one minute. He stopped former UFC heavyweight champion Junior dos Santos in the second round at UFC 252 on August 15 but in his last fight he lost a unanimous decision against Ciryl Gane at UFC Fight Night 186 on February 27.

Augusto Sakai is the grandson of Japanese immigrants to Brazil. He made his professional mixed martial arts debut in October 2011 and went 6-0 in the first two years of his career. Five of those six wins came via knockout.

Augusto’s grandfather migrated from Japan to Brazil and worked in agriculture. He visited Japan in 2017, cornering teammate Rogerio Bontorin in an event called GRANDSLAM 6. His two older brothers live in Tokyo. “It was such an amazing experience to know my origins,” Sakai, who works at an aquarium store between fights, told Sherdog.com.

“Actually, I started to train in the peak of Pride era and always dreamed of fighting in Japan. I don’t like to pick opponents after my wins, but I would love to fight on the card the next time the UFC goes to Japan. No matter who the opponent is it would be a dream to me.” Sakai won his first four fights in the UFC, including a split decision victory against Blagoy Ivanov at UFC on ESPN 9 on May 30, 2020. In his last fight, Alistair Overeem stopped him in the fifth round at UFC Fight Night 176 on September 5.