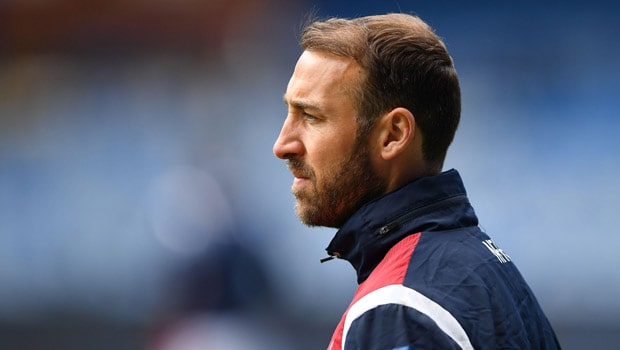 After spending the second half of the season with Nottingham Forest on a short-term deal, former Brighton and Crystal Palace forward, Glenn Murray, announced his retirement.

He scored more than 200 career goals, having won promotion on four separate occasions.

The 37-year-old scored two goals in 16 appearances in the latest spell for Forest.

“To all the Clubs, Players & Fans that I’ve come across on this life changing journey….THANK YOU from the bottom of my heart. It’s been a pleasure, hanging them up 31/05/2021,” Murray said via social media.

His three-year run with Brighton made him a fan favorite to say the least.

Following Brighton, Murray went on to make an impact with Crystal Palace when he scored 30 times during the promotion season for the Eagles in 2013.

He scored 111 times specifically for Brighton, making him the second-most prolific goal scorer in club history.

“I feel as though the time is right and I wanted to retire at a good level,” Murray said in a state through Brighton’s website. “I’ve had a lot of good years in the game, but this seems the right time to call it a day.”

Murray returned back to Brighton in 2016 and helped them earn promotion to the Premier League for the first time in club history as he finished the season with 23 goals.

“Give me six months, a year and I might miss it so much that I want to give back to the club in some capacity as a coach,” Murray added. “But at the moment that isn’t the route I am going down.”