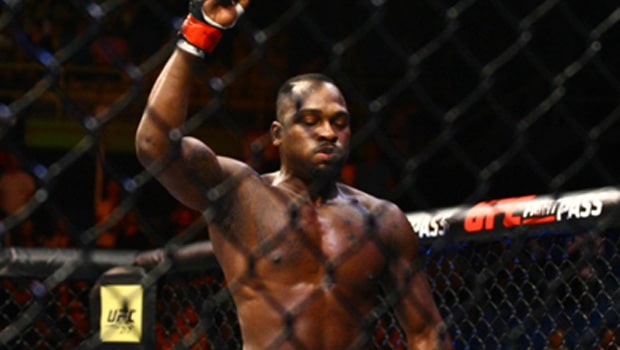 This Saturday the UFC will give us what should be a very entertaining middleweight fight between Derek Brunson and Kevin Holland. Brunson is a three-time Division II All-American wrestler from the University of North Carolina at Pembroke. After college, he immediately turned his attention to mixed martial arts and made his professional MMA debut at CFP – Carolina’s Summer Fight Series 1 on May 22, 2010 against John Bryant. He won that fight using a rear naked choke in under a minute and then he would win his next five fights, all before 2:30 of the first round.

Derek Brunson debuted with Strikeforce on June 24, 2011 at Strikeforce Challengers 16, beating then-undefeated Jeremy Hamilton via unanimous decision. The 37-year-old has been stalwart of the middleweight top 10 for a long time, facing a who’s who in the division including past fights against Robert Whittaker, Anderson Silva, Lyoto Machida, Ronaldo Souza and Israel Adesanya. Brunson is coming off wins over Elias Theodorou, Ian Heinisch and Edmen Shahbazyan. He stopped Shahbazyan in the third round at UFC Fight Night 173 on August 1.

Kevin Holland started his martial arts training at age 16, inspired by his hero Georges St-Pierre after watching him for the first time at UFC 100. Holland went 5-0 as an amateur MMA fighter and became a pro in 2015. He fought at promotions like Xtreme Knockout, Legacy Fighting Championship, King of the Cage, Bellator MMA and Legacy Fighting Alliance and compiled a 12–3 record before signing with the UFC in 2018.

The 28-year-old is 8-2 in the UFC, with wins against John Phillips, Gerald Meerschaert, Anthony Hernandez, Darren Stewart, Charlie Ontiveros and Ronaldo Souza. Holland has won his last five fights (four by KO or TKO). In his last fight he stopped Souza in the first round at UFC 256 on December 12.